Asaba in Shuzenji Onsen (Shizuoka) is a famous hot spring ryokan with a long history. All rooms have hot spring baths. Inside Asaba, you can find a traditional Noh stage surrounded by water and greenery, and open air baths steeped in rustic flavour. 120 min by JR Limited Express from Tokyo Station to Shuzenji Station, then 13 min by taxi. From Shuzenji Station, you can also go to the ryokan by bus.

Local Izu seafood and vegetables. This ryokan has garnered a reputation for good meals from the word-of-mouth advertising of ryokan guests.

With 335 years of history, this long standing ryokan features a 1,983 meter garden and traditional Japanese Noh play performances. The garden, illuminated at night, emits the subtle and profound atmosphere of ancient Japan.

Ryokan with a 335 year history. It is famous for its still active Noh play stage, the Gekkeiden, and the beauty of its Japanese garden.

*All rooms have hot spring baths (except “Ohitoma” room)

The customer reviews for Asaba are owned & provided by TripAdvisor

How to book
Use when available (no reservation necessary)

*The rates are those as of June 2015.
*The required times may slightly vary depending on the time of day. 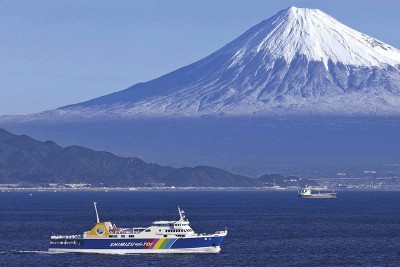 When speaking about sightseeing of Mt. Fuji, many people may think of the famous Kawaguchi Onsen in