Book Takaragawa Onsen Osenkaku in Minakami Tanigawa Onsen (Gunma)―― Situated deep in the mountains, Osenkaku is an isolated ryokan surrounded by nature. There are four spacious open-air baths beside Takara River, of which three are gender-mixed baths and one is for women only. All the open-air baths, lavished with giant stones, exist in harmony with nature, and offer wonderful views in the seasons of snow and autumn colours. All 42 guest rooms, located in three buildings, are washitsu (Japanese-style rooms), and each of them has a unique taste. The food mainly making use of ingredients from the mountain enjoys a good reputation.

Access: around 1h 15 min by JR Shinkansen from Tokyo Station to Jomo-Kogen Station, then 45 min by shuttle bus

This ryokan has an expansive open bath measuring 200 square meters that is used in numerous magazines, television shows, and posters. The even larger 330 square meter open air bath is the biggest in Takaragawa Hot Spring.

The traditional Japanese architecture with 80 years of history as well as an open air bath situated along a mountain stream harmonize with the natural surroundings to produce a beautiful ryokan. 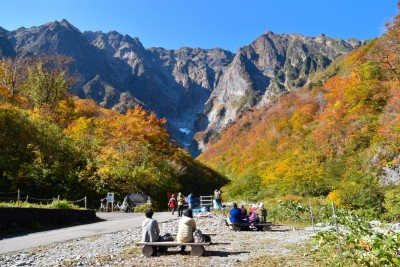 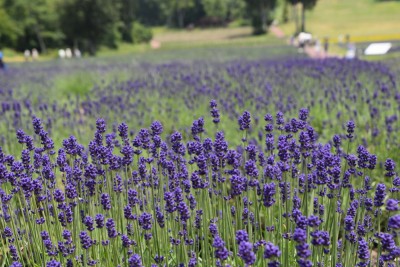 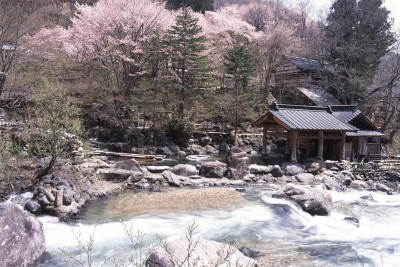 Cherry blossoms in the ryokan's garden. 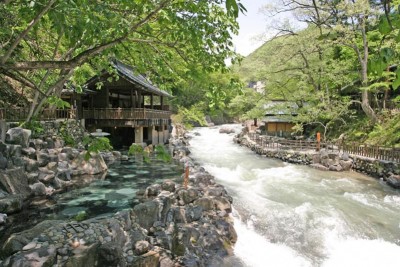 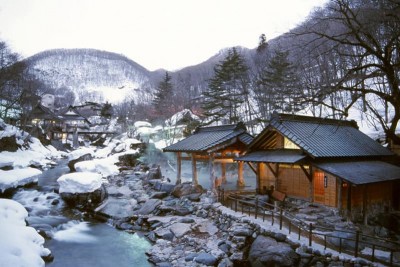